The American Cancer Society (ACS) recognized Team America’s Preferred Home Warranty (APHW) with an award for Nationwide Team Excellence on August 21. APHW received the award for raising over $63,000 for Relay for Life in the 2020-21 fundraising year, placing it 36th in the US.

APHW, a Jackson County, Michigan Relay for Life participant for the last ten years, selected Customer Service Supervisor/Adjunct Trainer Patty, a longtime team member and next year’s team captain, to accept the honor in person at the Top Performers Meeting in Dallas, Texas.

“I was so proud, I can’t even begin to tell you how proud I was, representing APHW at this event,” Patty said. “My heart swelled!”

A year of excellence

Patty served as an active team member on the 2020-21 team under then-Team Captain and APHW Copywriter Cara, helping to raise a total of $63,770.89. Fundraisers primarily focused on participation within the company, including an Ice Bucket Challenge of company leadership that raised more than $3,000.

The most impactful fundraiser of that year, however, was a gift that captured the true spirit of the cause: APHW employees raised $4,125 to make one bulk donation recognizing Company President Randy Caltrider’s brother, Rodney Caltrider, who passed earlier in 2020. “There were tears at the presentation, it was just incredibly touching,” Cara said, noting how important Relay has always been to Randy. 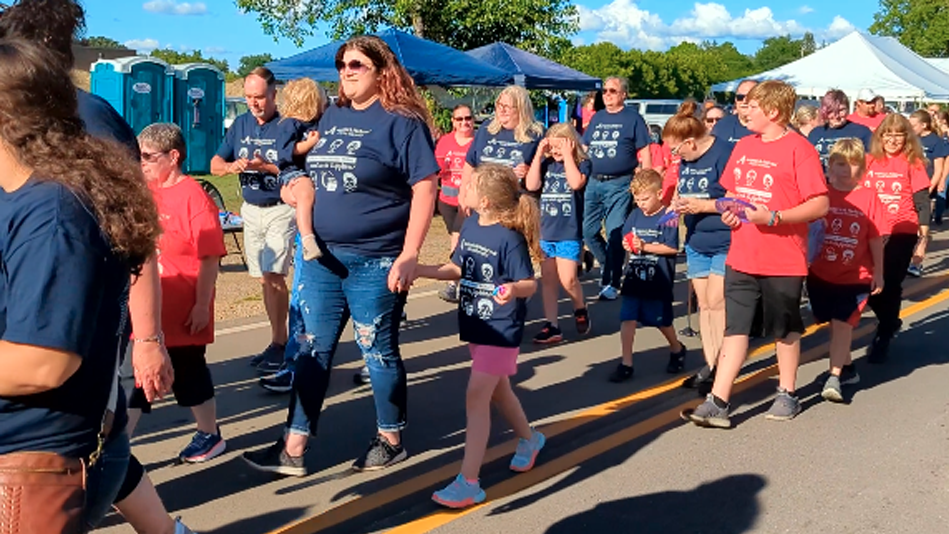 APHW continued its fundraising efforts through Jackson County Relay for Life, currently totaling more than $60,000 raised for the 2021-22 fundraising year under Team Captain and APHW Copywriter Ada, cementing the team as three-year Ruby Status achievers (raising more than $50K within a year). Building on this momentum, Patty came back from that Top Performers meeting with big goals for next year as captain.

“They just got me all fired up, and I came back with a mission,” Patty said. “We need to bring it back home—I want people to remember why we do what we do.”

Patty recalled how the event attendees shared so many happy, sad, and heart-wrenching stories about how they got started with ACS, and how those stories have made such a difference in participation for the cause. Her own story starts with no cancer at all, just a connection with the mission of ACS. Years later, however, cancer did touch her life—and so did APHW.

“I had just finished treatment less than a year before I came to APHW, and I was very afraid to change jobs with all the appointments and after care—I was going to be missing work. At the other place I would have lost my job,” Patty said. “APHW just welcomed me with open arms, telling me don’t worry about it, get healthy, do what you need to do; that meant so much to me!”

With that already filling her heart, when Patty learned about APHW’s efforts toward Relay for Life, she jumped onboard with both feet. “I’ve always been someone who volunteered, and when I found out APHW was with Relay, I was on top of it!” she said. “The fact that I work for a company that not only contributes to these amazing causes, but they encourage their employees to go out and do that and help—that just means so much to me.”

That encouragement has gone a long way, because the fundraising efforts largely come from a group of employees with only occasional approvals needed from leadership. Now Patty looks forward to trying her hand at the task. 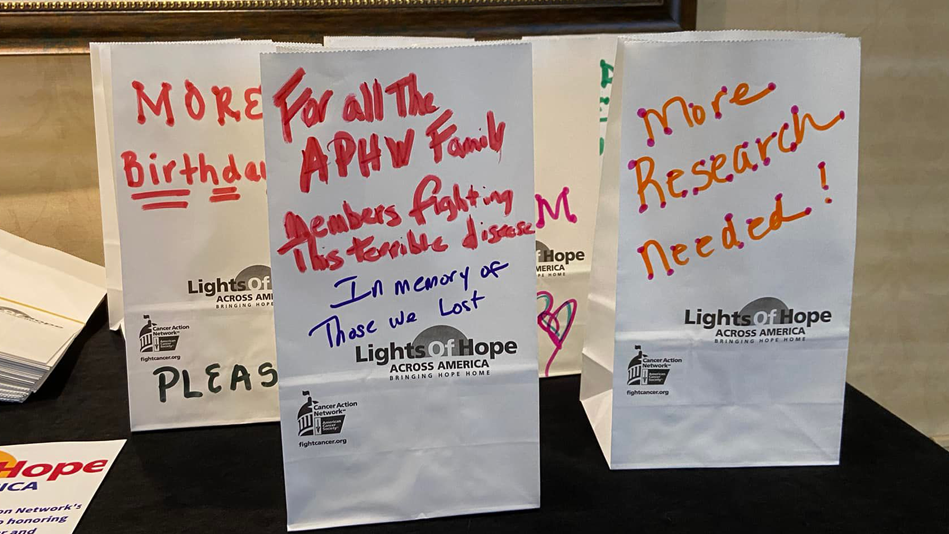 “My goal is to get the ACS as much money as we can, to help people facing cancer to survive,” Patty said. “I have big shoes to fill, but I’ve learned a lot from previous captains. This isn’t anything anyone does alone: The team effort and work that goes into this from everybody involved is just mind blowing to me,” she said.

“Everybody steps up and does their part, working so very hard to continue to raise money. It’s just such an honor to be part of this—how can you not succeed with this group of people?”

Learn more about the ACS or register for your local chapter of Relay for Life today!